the thing with feathers

I know that practically every generation has thought that the end times were nigh, but it’s hard for me not to think that maybe this time we could be right. After all, we have Science now, more information than our brains were ever meant to absorb, and if I think too much about the bees and the coral reefs and the antibiotics and the cellphones in our hands and in our oceans and the borders and walls and cages and guns and bombs —

I find it a little hard to catch my breath.

We are about five weeks out from the darkest day of the year in the northern hemisphere. I don’t want to get out of bed in the mornings, but that only has a little to do with the cold and dark, and a lot to do with this contagion of bad news floating through the air, settling on my hair and in my lungs like the ash that rains from the sky when the entire west coast of North America is literallynotmetaphorically on fire.

It feels like hope is hard to come by, these days. Every day I am tempted to just burrow into my duvet and read inconsequential novels until the sunshine comes back, or the world ends, whichever.

But hope, like love, is an active choice you make every day, not a state of mind. Hope, like love, is a thing you practice, and nurture. It thrives on small victories, the mundane flashes of joy that remind you of how much better this dumb world could be. It’s not a thing that can live in isolation, in one brain, in a single pair of synapses. It draws strength from a community that also chooses to hope.

I’ve been thinking a lot about hope lately, and also about lottery tickets, and voting. Buying a lottery ticket is nothing like voting, except that they are both tiny admissions that—against enormous odds—I’m not quite ready to give up. It is perhaps irrational to stand in line to cast a ballot for a candidate I know will not win. It is also a signal that I am sending my own grudging and recalcitrant brain that I am choosing to hope. There is something hopeful in voting, and something hopeful in mourning an election outcome I had already predicted among similarly heartbroken friends, drinking too much and talking too loudly and being hopeful enough to still be angry.

Hope does not care that the thing didn’t work out, that the outcome wasn’t right, that you are nearing the end of your rope. Hope also does not care that you got what you wanted, that the blue wave that you had been trying so hard not to hope for did come ashore. Hope only cares that you get up in the morning (and maybe take a vitamin D) and go back to work. Because hope—like all good things worth having—takes work, and work can only be done by those who show up.

It may not stop the world from ending. But now, during this cold and sharp time that smells like death and promises renewal, it will get me out of bed long enough to try. 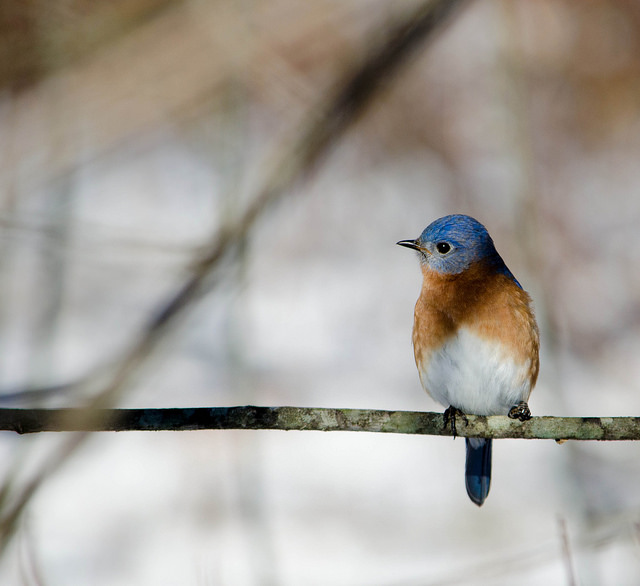